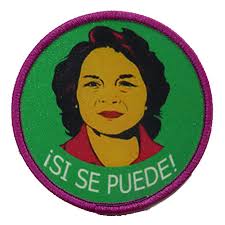 Who was Dolores Huerta?
Farm labor leader and civil rights advocate Dolores Huerta first worked with César Chávez as a community organizer in Mexican American areas of southern California in the mid-1950s. Chávez dreamed of organizing farm workers, and in 1962 he started the National Farm Workers Association. He asked Huerta to work with them, and in the next three years they recruited a number of members. Huerta's contributions to these efforts were invaluable in recruiting women for the cause, in keeping the union focused on nonviolent actions, and in gaining support in the eastern United States for the effective grape boycott that led to contracts for the union.