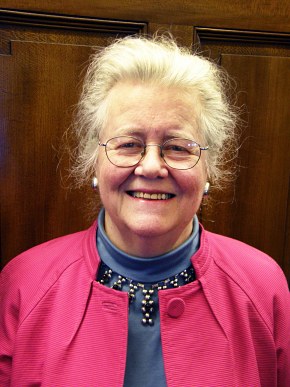 " Peggy McIntosh (born November 7, 1934) is an American feminist, anti-racism activist, scholar, speaker, and Senior Research Associate of the Wellesley Centers for Women. She is the founder of the National SEED Project on Inclusive Curriculum (Seeking Educational Equity and Diversity). She and Emily Style co-directed SEED for its first twenty-five years. She has written on curricular revision, feelings of fraudulence, and professional development of teachers."

"In 1988, she published the article White Privilege and Male Privilege: A Personal Account of Coming to See Correspondences through Work on Women's Studies. This analysis, and its 1989 shorter form White Privilege: Unpacking the Invisible Knapsack,pioneered putting the dimension of privilege into discussions of power, gender, race, class and sexuality in the United States. The papers rely on personal examples of unearned advantage that McIntosh says she experienced in her lifetime, especially from 1970 to 1988. McIntosh encourages individuals to reflect on and recognize their own unearned advantages and disadvantages as parts of immense and overlapping systems of power. Her better known works include  Feeling Like a Fraud Parts I-III (1985, 1989, 2000); Interactive Phases of Curricular Re-Vision: A Feminist Perspective (1983); Interactive Phases of Curricular and Personal Re-Vision with Regard to Race (1990)