The Library subscribes to a growing number of multimedia databases that include streaming video - both full programs and clips - on many subjects. Below are some titles you may wish to browse. Many of these databases provide audio transcripts / closed captions and allow instructors to annotate specific clips for student use. Check it out!

The ISU Library subscribes to a number of important streaming video platforms that include a number of relevant films, documentaries, news clips, and more. The videos below are just a few examples from our subscription to Kanopy, a massive collection of more than 30,000 streaming videos on a wide array of topics. Available to ISU community on campus and off-campus via login to Okta using your ISU NetID and password.

"On May 12th, 2008, 389 undocumented workers were arrested, handcuffed and chained by 900 heavily armed ICE agents at Agriprocessors, Inc., the largest kosher slaughterhouse plant in the country. Agents herded the workers onto prison buses and took them to the National Cattle Congress - a fairground that the government outfitted as a human detention and processing center. There the workers went through a makeshift judicial assembly line designed to convict them of a felony and deport them. In just 4 days, nearly 300 of these workers were fast-tracked through the US legal system, convicted of criminal charges and sentenced to five months in prison followed by deportation. Individuals were left humiliated, families were torn apart and a community of great diversity was left in ruins." (Synopsis from Kanopy)

"In this documentary, FRONTLINE and NPR investigate the humanitarian and economic crisis in Puerto Rico after Hurricane Maria. The film examines how the federal response, Wall Street, and years of neglect have left the island struggling to survive." (Synopsis from Kanopy)

Fear and Learning at Hoover Elementary

"After the passage of Proposition 187 into law, teacher and filmmaker Laura Angelica Simon feared she would be forced to turn in her undocumented students to the INS. She was equally disturbed by the support the Proposition was receiving from teachers, even though it would harm their own students. Mayra, a high-achieving fifth-grade student from a high-poverty school in Los Angeles, is one of the central figures in the documentary. Mayra aspires to become a lawyer, and lives in a small apartment with her mother and uncle, both undocumented immigrants from El Salvador. Like many of the students and parents of Hoover Elementary, a school in Pico Union (often described as the Ellis Island of Los Angeles), Mayra fears the ramifications of California's Proposition 187, which denies health care and public education to undocumented immigrants." (Synopsis from Kanopy)

Life on the Line: Coming of Age Between Nations

"This documentary follows a year in the life of 11-year-old Kimberly Torrez as she and her family await the visa that will allow them to return to the United States after unforeseen circumstances trap them in the border-town of Nogales, Mexico." (Synopsis from Kanopy)

Whose Barrio? The Gentrification of Spanish Harlem

"Residents, elected officials and activists clash over gentrification of a Latino New York neighborhood. Author and journalist Ed Morales introduces the conflict between real estate developers and residents of East Harlem who feel they are being priced out of the neighborhood that is their spiritual and cultural home. He explains his personal connection with the neighborhood and introduces two residents, Jose Rivera and James Garcia, who have opposing views of the changes coming to the neighborhood." (Synopsis from Kanopy) 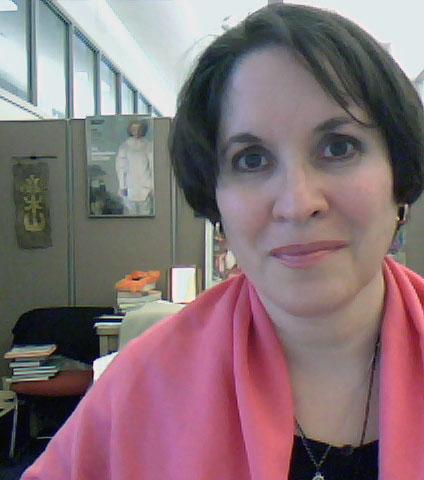